A thought that has me wondering right now, is where to start? The terms- Human Less and Automation are so close and intertwined, differentiating and analyzing them is like trying to separate steam from water vapor.

So let's start with the very terms from the very beginning-

“What is the first thing that comes to your mind when you hear the word automation?”

Honestly, even that is fine unless it is something like this-

AK (Avtomat Kalashnikov) 47 or Russian for Automatic Kalashnikov is another example of Automation. (Seriously) !

So, what we can loosely conclude is that Automations are generic rather than being specific, they are varied and distributed rather than being limited to a particular field of applicability and they have been around for quite some time.

“What is the first thing that comes to your mind when we say- Human less?”

Maybe these vending Machines that don't require an attendant?

OR Imagine a Hotel

Where there is no human receptionist to check you in!

Human-less Systems also find their applications in various fields and have been around for quite some time now. We can say a Human Less system is one where the role predominantly and conventionally meant for humans is taken over by machines and effectively executed by them. How efficiently and inefficiently, is a matter of debate.

“While Automations aim to limit manpower- ie. the number of individuals involved, Human Less systems try to eliminate their involvement even further.”

Restricting our development along similar lines- Automation is the deployment of various check and control systems for operating equipment such as machinery, processors, robots, vehicles and other similar applications with minimal or reduced human intervention.

Human-less System, however, is the deployment of independent operative mechanisms in addition to automations to allow for a total “hands free” experience that requires only occasional human intelligence augmentation.

To make differences clearer, let's go back to the example of SELF DRIVING CARS-

For example, the driving being controlled by robots makes it a Human-Less experience, but everything ranging from Anti Locking Power Brakes to Parking Assistance to Modern Engines (that come equipped with feedback control systems) is an example of automation.

Hence, when talking in terms of modern technology, we can safely conclude that automation may or may not be intelligent or has a limit to its intelligence whereas human-less systems have human intelligence built in, which make them more powerful, leveraging the speed of a machine and intelligence of a human.

But then . . . does that really mean these machines can work on their own? Without any human help?

Of course NO! They Can’t!

The best way to understand that is to take an example of the aviation industry. Starting off in the late 19th century, flying has become the principal means of travel within a period of less than 100 years.

Let's have a look at these two dudes down here, each a pilot:

The rise of ATC, Guidance Systems and Autopilot, does not mean that the pilot goes out of job. He still has to pretty much be present within the cockpit, though he does not have to manually control the aircraft for the entirety of flight duration, such is the criticality of his occupation.

Similarly, consider what happens if a stray dog comes in front of a self driving car? Can the Automations running it deal with the situation as well as a human driver could?

Does that mean the concept of Human Less systems is flawed? What's the point of them being Human Less then?

One fact that remains with human less systems is that- they are only there to take over “smaller, more time consuming tasks”, for now and that too under regular human supervision; they cannot eliminate the human role utterly. There are certain merits with Human-less Systems that cannot be overlooked, for one

So, to sum up this was all about Automations and Human-less systems in a nutshell folks, see you next time when we come up with something even more interesting and breathtaking. Till then, take care, cheers to life and happy reading, and remember the AI is there to serve you and NOT TAKE OVER THE WORLD!! Leave that to the Aliens!

Quick read with common issues and reasons why you should consider switching over to BhaiFi - A comprehensive all round protection for your enterprise network. 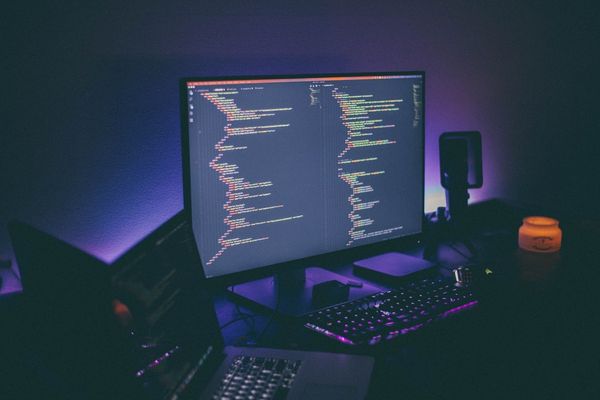 Proliferation and Industrialization of Cybercrime, just as the name suggests, aims to capture the recent growth and sophistication of the cyber crime industry and how it has begun to impact lives across Globe.