Well, nothing to boast about but I can’t ignore the feeling of being joyful on getting our 1st Patent GRANTED — Auto Connect. Though the reason for being joyful is not just the patent, but the hustle that team did to make it happen & its impact to reimagine the way we connect to our WiFi Networks.

Before I share our journey from a Pain Point to Patent (PPP), let me just brief you on what BhaiFi does:

“Networks get hacked, becomes slow, gets down more often than you think compromising millions from your honest profits.”

BhaiFi supports SMEs across industries with a plug-n-play cybersecurity product that avoids all aforementioned things without investing in an expensive IT infrastructure and active human intelligence.

Having a handful of customers then, we had the privilege to kick in the strong feedback loop relatively early to navigate our path to Product-Market Fit. And that’s when the CEO of a 150 employees company based out of Gurugram said to me:

Ankit, I am happy that BhaiFi has relieved me from my worries of securing my network, following the compliance, keeping my efforts and costs to a minimum from all the ways. Still, it takes a toll on the User-Experience that my employees go through each morning while connecting to the Network. Can’t you make it connect like shooo!

That’s how it started. We were just a team of 4 people in 2017 & worked hard enough to onboard some of the great customers who still are top shots in their respective industries. Not solving this User-Experience problem could mean losing them.

Not knowing if we could solve the problem at all but we started researching our competitors on how are they solving it? (I know it was mean but that’s how it works initially, you tend to learn from everyone). The results were terrific because a few of them didn’t have this problem initially as they were not leveraging the Captive Portal. Still, an old-fashioned way of approving the device’s MAC address & others who were leveraging Captive Portal didn’t care about solving it.

For those who don’t know what Captive Portal is or approving MAC address is:

Captive Portal: is a web page accessed with a web browser that is displayed to newly connected users of a Wi-Fi or wired network before they are granted broader access to network resources like Internet.

MAC Address Approval: allows you to define a list of devices on the basis of MAC addresses and only allow those devices on your Wi-Fi network.

My co-founder, Amit & I, started figuring out ways to solve it. Since it involved both hardware & software, we attempted 11 different ways before the 12th attempt became successful.

We finally removed the User from the User Experience letting only the Experience remain :).

Now, users were getting Connected automatically in the background as soon as they stepped into the workplace without doing anything. We implemented it across & tested it for 90 days letting 5000 end-users feel this magical experience.

Now, we had something that didn’t exist before. We surpassed our customer’s expectations & soon, it becomes the most beneficial feature for them. Then came the tricky question if we should keep it a Trade Secret or get it Patented. Here is a sharp difference between both:

Patents give you the exclusive right to exclude others from making, selling, using or importing a particular product or service in exchange for full public disclosure of your invention. Whereas Trade secrets are formulas, processes, or other business information that derive their commercial value from being kept secret, and that a company is making reasonable effort to keep secret. One famous example: Google’s search algorithm, Coco-cola’s secret ingredients. Credits — www.mondaq.com

TIP: If you have an invention that is not eligible for a patent, you can still protect that invention by claiming it as a trade secret.

Of course, for obvious reasons & the future impact we want this invention to have, we chose to get it patented, but that can only happen if the design is patentable. That’s where the role of a Patent Agent starts. We contacted one from the official website http://www.ipindia.nic.in/ — they have published a list of authorised Patent Agents.

Now, it is his job to check the invention's patentability at a deeper level, beyond the Google Search. Yeah! At both the national & international level.

Note: India doesn’t entertain software-only patents so far, unlike the US or other countries.

Our intuition went right, and our design was unique. Our Patent Lawyer suggested to file the Provisional Patent as early as possible & then we had 12 months to file the entire compilation.

Soon after we applied, we got multiple objections from the Controller of patents we had to clarify. Finally, we got it GRANTED after two years.

You may find cheaper or costlier Patent Agents depending upon the level of research they do, the knowledge they have in your domain to draft your application with all the minute details & handling objections.

Impact of this Patent?

This invention's impact is vast & it has the potential to change how 70+ million SMEs across India connect to their WiFi or wired network. My next post will be on its working & the power of this patent to impact these many SMEs. 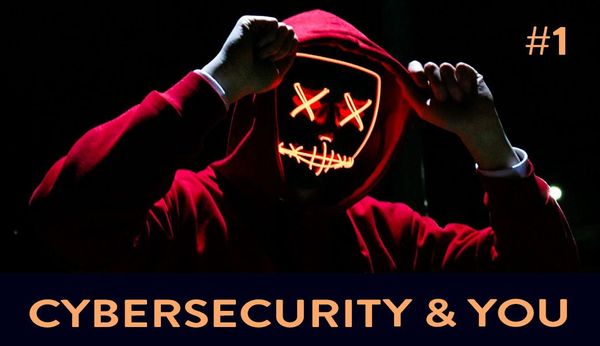 Introductory article of our series on cybersecurity, this article deals with computer virus symptoms you should always be on the lookout for. We shall also be discussing how you can prevent malware infection and control its spread.